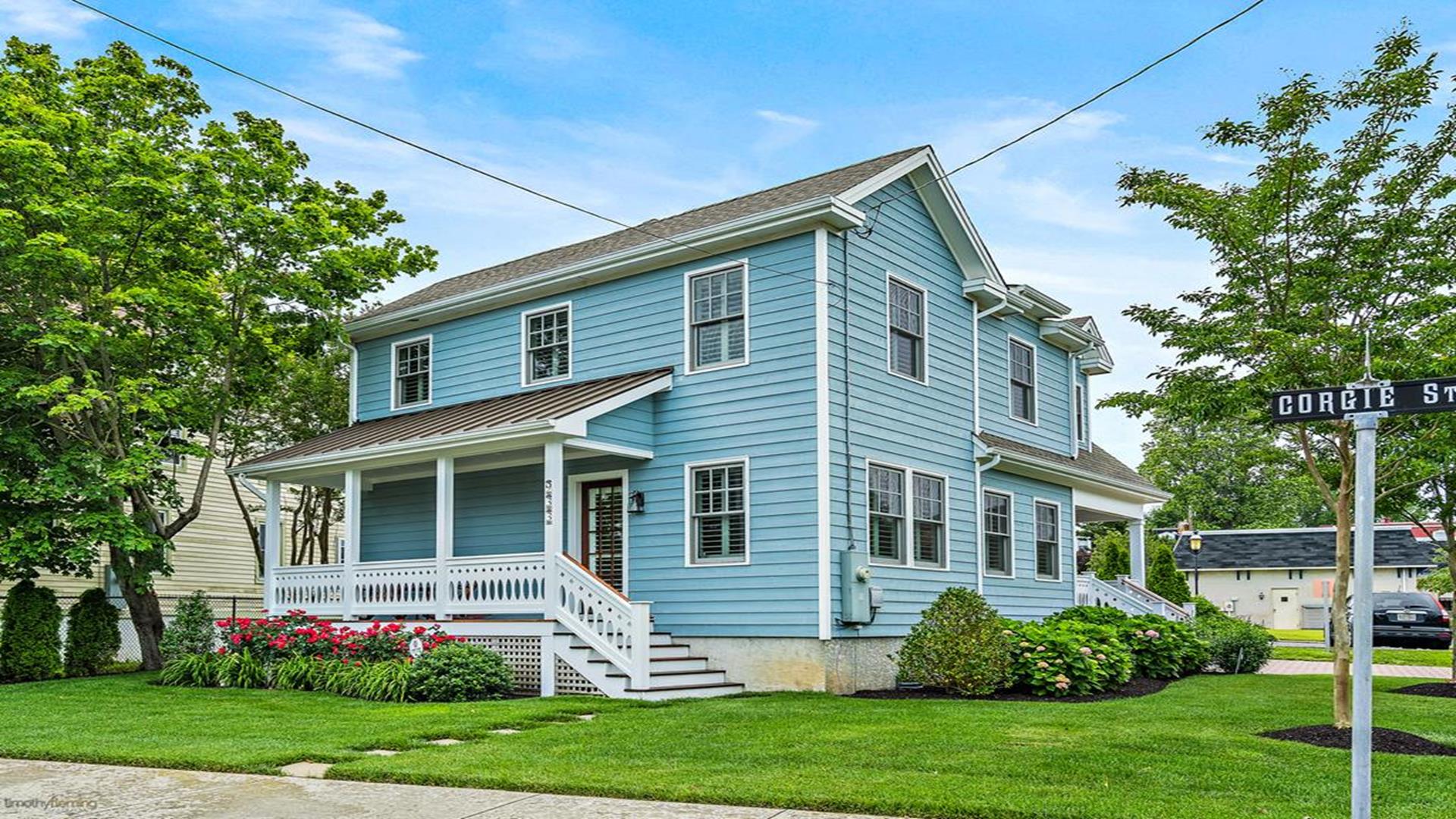 This home was originally built in 1776 and was located on Washington Street where the Washing Inn is now located. It was later moved to it s current home on the corner of Corgie Street and Madison Avenue. The driveway is on Madison Avenue. In 2014, this home underwent a complete renovation and modernization. The renovation began by reconfiguring the interior, installing central air conditioning and preparing the house to be raised in order to install a new foundation. The downstairs now has three rooms: a spacious family room with a ceiling fan, remote controlled fireplace, a 55” television, and DVD/Blu-ray player. A modern kitchen including a breakfast nook with a ceiling fan, a 5 burner Bosch stove/oven, a Bosch dishwasher and a microwave. A den with a ceiling fan, television, and a sleeper sofa. There is also, a powder room and a small laundry area with full-size LG True Steam washer and dryer. All televisions have Comcast cable and there is wi-fi throughout the house. Upstairs now has three bedrooms; each with its own television, ceiling fan, and full bathroom. The front bedroom has a queen bed and its bathroom has a shower (no tub). The master bedroom has a king bed and a DVD/Blu-ray player. The kid’s bedroom has twin bunk beds and a single twin bed. Both the master and kid’s bedroom bathrooms have a shower/tub combo. Outside on Corgie Street, the home has a porch which runs the length of the house. Off of the two-car driveway is another porch with an entrance into the house. There is a natural gas grill and an enclosed outdoor shower for rinsing off after spending the day at the beach which is a half mile (0.8 kilometers) away.

Want to know more about this property?

Please fill out our information request form to be put in contact with the managing office about this property. An asterisk denotes a required field.